Comprised of members of Ruin, Necrosic, Ascended Dead, Exhumed, Gravehill, and multiple others, Vrenth made their first appearance in the Spring of 2019 with a 3 track cassette demo on Death Metal Cult and later on Italy’s Dismal Fate Records.
As primitive and brutish as this record might seem at first listen, you’d be mistaken to pass it off as “low-IQ” death metal. On the contrary, this was clearly made by veterans of the death metal underground, and the musicianship and craftmanship should not be overlooked, even as you’re getting savagely drubbed and abused.

Be the first to review “VRENTH – Baptism CD” Cancel reply 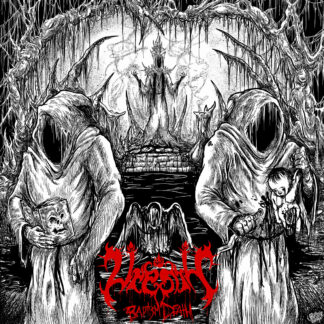 You're viewing: VRENTH – Baptism CD 120.00 kr
Add to cart
We use cookies on our website to give you the most relevant experience by remembering your preferences and repeat visits. By clicking “Accept”, you consent to the use of ALL the cookies.
Cookie settingsACCEPT
Manage consent