Although Thy Saviour's Halo, Held by Horns is SADOKIST's debut album, the band had been lurking deep in the fertile Finnish underground since 2007, brewing up demos that pronounced its foremost aims: the telltale Evil Sado Fuckin' Metal in 2008 and 2010's Horrors From Hell, with a split tape in between with comrads Black Angel fittingly titled Sadomatik Angel Attack. A couple more demos followed in 2012, and all this hard graft eventually culminated in the opus of obscurity now known as Thy Saviour's Halo, Held by Horns. Deeply and reverently committed to their classic forebears – from the early Big Three of Teutonic thrash to the first explosions of filth from the '80s South American underground, not to mention the almighty Bathory and Necrovore – SADOKIST nevertheless exude an effervescent elan and caustic, careening charm that immediately puts this well beyond mere “retro” retread. In fact, their youthful vibrancy puts Thy Saviour's Halo, Held by Horns over the hump of over-familiarity and into a realm populated by the likes of Nifelheim, Desaster, and Aura Noir, such is the strength of SADOKIST's songwriting. Mandatory headbanging spills over into total and utter possession; the effect is instantaneous as well as long-lasting. 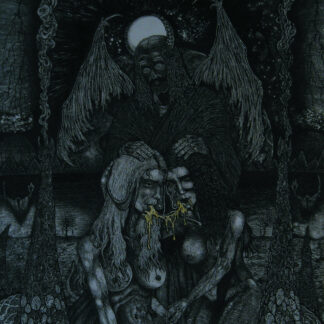 You're viewing: SADOKIST – Thy Saviour’s Halo, Held by Horns CD 120.00 kr
Add to cart
We use cookies on our website to give you the most relevant experience by remembering your preferences and repeat visits. By clicking “Accept”, you consent to the use of ALL the cookies.
Cookie settingsACCEPT
Manage consent