Massive and majestic in its sound and scope, Rökkr is a concept album and a soundtrack to a journey deep within the mountain’s eye.
Heavily influenced by Nordland-era Bathory, Tolkien, and Thin Lizzy with death-grunts to tell the tale.

Conceived in 2011 by Kyle House (DECREPISY), later joined by Adam Perry (VASTUM) on drums, together they recorded RÖKKR’s self-tilted first album with Jeff Davis before his tragic and untimely death.
Mixing and mastering was handled by Greg Wilkinson of Earhammer fame. 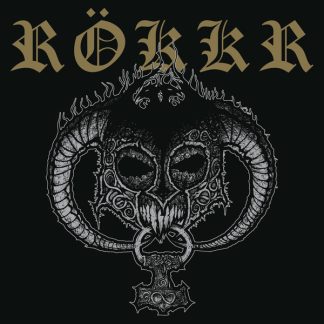 You're viewing: RÖKKR – Rökkr CD (Digi) 120.00 kr
Add to cart
We use cookies on our website to give you the most relevant experience by remembering your preferences and repeat visits. By clicking “Accept”, you consent to the use of ALL the cookies.
Cookie settingsACCEPT
Manage consent