Crusty torturous doom, truly refined in it’s execution. Unlike the later releases that defined the sludge genre, this album is more funeral doom with clean, depressing vocals in symbiosis with noise and moog synths. Featuring Tom Choi of ASBESTOSDEATH (pre-SLEEP) on guitar.
NOOTHGRUSH have recorded these songs shortly after the band was conceived in 1994 and were released only on a handful of cassettes. None of them appear on any other release except a rearranged version of one song.
Cover artwork courtesy of Jason Barnett. 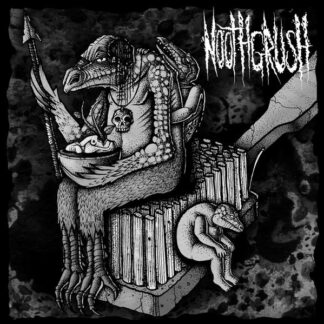 You're viewing: NOOTHGRUSH – Noothgrush LP 145.00 kr
Add to cart
We use cookies on our website to give you the most relevant experience by remembering your preferences and repeat visits. By clicking “Accept”, you consent to the use of ALL the cookies.
Cookie settingsACCEPT
Manage consent