Hot on the heels of their Journey to the Depths demo, reissued last year to critical acclaim by BLOOD HARVEST RECORDS, Belgium's MALEFICENCE return with a fiery new 7″ EP entitled Realms of Mortification. Featuring two exclusive new songs, Realms of Mortification shows, with no small amount of bombastic force, that MALEFICENCE have grown leaps and bounds during the past two years. Although the band's foundation in dirty blackthrash remains, there's a palpable (and palatable) sense of refinement here that sacrifices not one ounce of their previous, primordial power; if anything, their songwriting growth and especially recording skills have jointly combined to make their metal more dynamic and more devastating. MALEFICENCE are on the march, and to the Realms of Mortification they'll drag you! – (Nathan T. Birk) 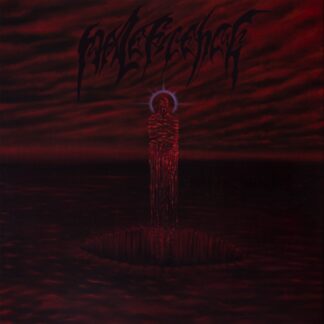 You're viewing: MALEFICENCE – Realms of Mortification 7″EP (Translucent Red) 70.00 kr
Add to cart
We use cookies on our website to give you the most relevant experience by remembering your preferences and repeat visits. By clicking “Accept”, you consent to the use of ALL the cookies.
Cookie settingsACCEPT
Manage consent