THIS IS A PREORDER!
This item and orders including this item ship on or around May 20th.

Originally self-released at the beginning of 2016 in an extremely limited tape edition and then an equally limited vinyl version later that year, is FLAME ACAUSAL's Contra Mundum in Aeternumis one of the most violent demos of modern times. A power trio comprising veterans of the Swedish underground, FLAME ACAUSUAL churn forth a chainsawing sort of black/death ritualism, each player completely POSSESSED in his strive for the outer borders of chaos and The Beyond itself. Magick and sulfur malevolently beam from these dread decibels, Contra Munda in Aeternum managing to accomplish more in a mere 15 minutes than most bands do across dreadfully boring “albums.” Although still early days for the band, we can assure you that FLAME ACAUSAL are already on a left-hand path to dominance akin to classic Katharsis, Bestial Mockery, and more recent Slaughtbbath. 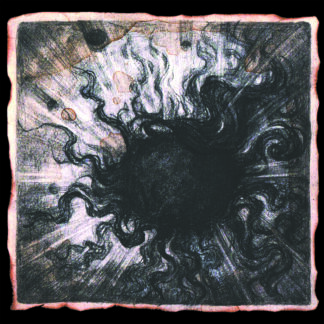 You're viewing: FLAME ACAUSAL – Contra Mundum in Aeternum CD 80.00 kr
Add to cart
We use cookies on our website to give you the most relevant experience by remembering your preferences and repeat visits. By clicking “Accept”, you consent to the use of ALL the cookies.
Cookie settingsACCEPT
Manage consent