DOMAIN earlier known as Pandemonium after problems with the name in 1995 releases ironically named debut “Pandemonium”. These ten songs are great continuation of the musical path what has chosen in 1989 year by bandr Death / Black metal forged in the dark, raw sound until today loses no strength. Dark, profane, demonic lyrics beating in concept of religion. A must have for all fans of old-school metal! The album released on the Gold CD in a standard case. All copies hand numbered.

Be the first to review “DOMAIN – Pandemonium CD” Cancel reply 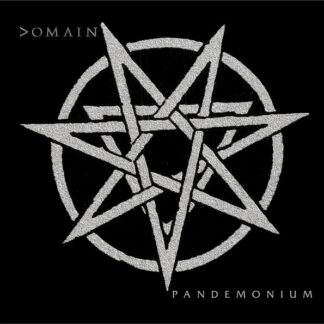 You're viewing: DOMAIN – Pandemonium CD 120.00 kr
Add to cart
We use cookies on our website to give you the most relevant experience by remembering your preferences and repeat visits. By clicking “Accept”, you consent to the use of ALL the cookies.
Cookie settingsACCEPT
Manage consent