Burials “Frigid Cold” was originally released during the best death metal era ever. With this piece of Florida influenced death metal they scored a recorddeal with Andy Classen’s West Virginia Records and we all know what came out of that collaboration.

With the re-release of this piece of death metal history, we want to offer you all the opportunity to finally own an official copy of one of the best Dutch, death metal demos that has ever been released!! 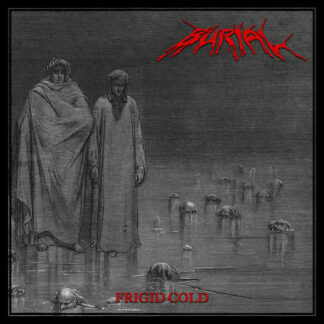 You're viewing: BURIAL – Frigid Cold LP 180.00 kr
Select options
We use cookies on our website to give you the most relevant experience by remembering your preferences and repeat visits. By clicking “Accept”, you consent to the use of ALL the cookies.
Cookie settingsACCEPT
Manage consent