Factory sealed / shrink-wrapped.
Standard jewel case version, but with the following Barcode: 8 01056 84312 8
which should apparently come with a slipcase, but DOES NOT! 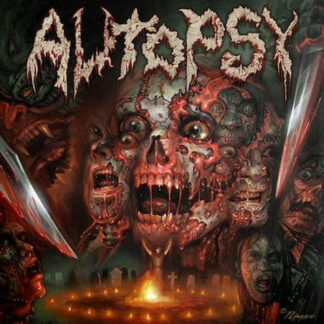 You're viewing: AUTOPSY – The Headless Ritual CD 120.00 kr
Add to cart
We use cookies on our website to give you the most relevant experience by remembering your preferences and repeat visits. By clicking “Accept”, you consent to the use of ALL the cookies.
Cookie settingsACCEPT
Manage consent