Behold, here we have a typical Thrash metal band, which resembles those founded in the Bay Area in the ’80s, however, this is a band coming from Italy with a weight of trio and the face already makes a good impression.
To start examining the cover art that gives an air of decay and death. As these and typical themes of thrash metal bands impressed me with the rigor of the features of the printed design on the cover. Grasping the play and then having surprised me with an introduction by fingering the extreme delicacy of keyboards, which already was enough to cause me a fright.
Step the 0:54 opening seconds of the disc already imagining something terribly ballsy might be coming. But luckily, this feeling is terminated when it begins “Tormented”, squandering a battery driven extremely fast, torn and fast vocals, remarkable riffs and bass lines that run throughout the song with an unparalleled marking.
In “Power of Lust” I’m already excited enough to want to shake the sound with a sticky chorus and aggression continues. Although VIOLENTOR being a relatively new band (founded in 2009) is possible to note maturity among members running a cohesive sound enough.
And sure thrash metal runs through the veins of this Italian trio are firm in “The Great Deceiver”, compositions that address typical issues such as violence, madness and riots. There’s nothing so far to discredit VIOLENTOR
Instead, you can see a musical maturity of the members of much relevance, and although the band was founded in the 2000s, the soul of these guys got lost in the 80s while producing this album.
In “Maniacs” is an element of surprise, a spoken introduction Italian brand presence in the album sounding like the “trademark” of atypical thrash metal band from Tuscany. In the first chords of “Schizofrenic Paranoic” I had to pause the writing of the review and I enjoy the music. At the end of the last chords and riffs that clung like glue in my mind I could only say “Holy shit, this band is FUCKING AWESOME!”.
It is inevitable to note the clear influences of EXODUS, SLAYER and even the bassist footprint of Lemmy, and taken from the master drummer Paul Bostaph.
And closing masterfully “Cunts Must Die” was the song that most touched the playlist while I produced the review. The final 1:50 of a provincial song of Italy takes another touch this masterpiece of these Ragazzi di Toscana. – (Metal-Temple.com)

Be the first to review “VIOLENTOR – Maniacs CD” Cancel reply 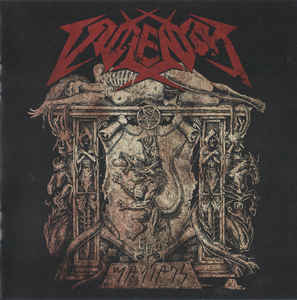 You're viewing: VIOLENTOR – Maniacs CD 100.00 kr
Add to cart
We use cookies on our website to give you the most relevant experience by remembering your preferences and repeat visits. By clicking “Accept”, you consent to the use of ALL the cookies.
Cookie settingsACCEPT
Manage consent