Hailing from the rawest core of the thriving Portuguese black metal scene, Ordem Satânica are possessed by a hideous grimness that’s utterly hypnotizing. Despite not belonging to Portugal’s Black Circle (Mons Veneris, Vetala, Irae), Ordem Satânica’s sound is comparably chaotic and necrotic, bleary and blown-out. And yet, the trio possess a deceptive sense of melody, malformed and miasmic, dissonant and distressed, that favorably reminds of France’s immortal Black Legions from the dark days of the 1990s. For verily, this BLACK METAL from an ancient time – AGAINST the modern world, and against the modern “black metal” scene.

To date, Ordem Satânica have built a coveted canon of thoroughly underground works, each more challenging and cantankerous than the last. Just earlier this year, this enviable escalation of aesthetic antagonization reached its apotheosis with Signal Rex’s release of the In Aeterna Crudelitate cassette – like the old ways/days, limited to only 66 copies and selling out almost immediately. But alas, Ordem Satânica transcend all prior with Monte da Lua, the most mesmerizing distillation of their crude-yet-cultivated art. Stripped completely bare and blown out in an almost brittle manner, Monte da Lua is a windswept travail across desolation and disgust, ever inwards and maybe even backwards. Modernity doesn’t exist here; there is only the past, which passed before it began. Time stands still here, and the listener is powerless against Ordem Satânica’s evocations of a better/worse world.

When there are still revisionist reveries for the early ’90s boom of black metal, which inevitably died a slow death, there are bands in this millennium who harness that very real, very primordial power, and the raw Portuguese scene is currently at the forefront. Ordem Satânica carry the torch – have you been burned yet? 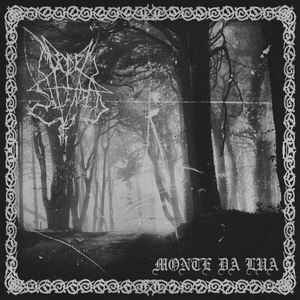 You're viewing: ORDEM SATANICA ‎– Monte Da Lua LP 130.00 kr
Add to cart
We use cookies on our website to give you the most relevant experience by remembering your preferences and repeat visits. By clicking “Accept”, you consent to the use of ALL the cookies.
Cookie settingsACCEPT
Manage consent