THIS IS A PREORDER!
THIS ITEM WILL START SHIPPING ON OR AROUND JULY 29TH, 2022.

Evincing mastery of timeless death metal song-craft, “Disembodied” doesn’t so much as dispense with the previous album’s style as it simply sharpens it to a dangerous degree.
Indeed, INSINERATEHYMN give a masterclass in ’90s death metal, from the spiraling vortexes of early Tampa to the sewage to come from New York, on to eerie emanations from Europe and the dissonance at the dawn of the new millennium.
“Disembodied” is a death metal record for the death metal maniacs who understand and appreciate the rich-yet-codified history of the genre.

Graced with amazing cover artwork courtesy of Edgar Roldan and utterly throttling production, INSINERATEHYMN are prepared to ascend the throne with Disembodied! 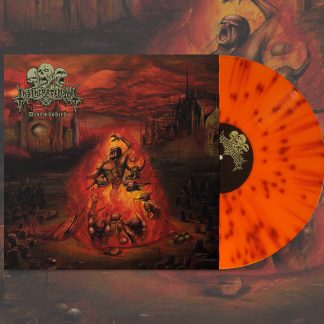 You're viewing: INSINERATEHYMN – Disembodied LP (Splatter Vinyl) 185.00 kr
Add to cart
We use cookies on our website to give you the most relevant experience by remembering your preferences and repeat visits. By clicking “Accept”, you consent to the use of ALL the cookies.
Cookie settingsACCEPT
Manage consent