COFFIN ROT – A Monument To The Dead CD

THIS ITEM STARTS SHIPPING ON OR AROUND OCTOBER 18TH!

BLOOD HARVEST RECORDS, in conspiracy with ROTTED LIFE, is proud to present the highly anticipated debut album of Portland, Oregon's COFFIN ROT, A Monument to the Dead, on CD, vinyl LP formats and Cassette. 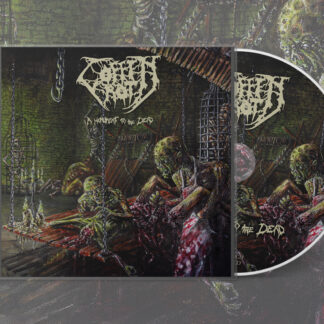 You're viewing: COFFIN ROT – A Monument To The Dead CD 120.00 kr
Add to cart
We use cookies on our website to give you the most relevant experience by remembering your preferences and repeat visits. By clicking “Accept”, you consent to the use of ALL the cookies.
Cookie settingsACCEPT
Manage consent