This bundle deal includes a copy each of the standard Black Vinyl edition and the Limited Green w/ Black Smoke Vinyl edition.

A brand-new formation hailing from Germany, it's not surprising that NEKUS have thus far been cloaked in darkness: truly, their Metal of Death is bottomless in its depths. To experience this band is to plunge oneself into ichorous, unknowable DARKNESS; it's all-caps DEATH METAL shot straight from (and back into) The Void.

With literally no warning whatsoever, from that Void arrives NEKUS' debut recording, Death Nova Upon the Barren Harvest: a title portending its contents to an almost absurd degree. Throughout the course of its five-song/28-minute runtime, NEKUS' mini-album pushes and plunders the most desolate expanses of what “death metal” is and especially could be, taking a paradoxically avant-garde approach to total caveman constructions. Riffs do indeed exist here in these expanses, unlike so much other “cavernous” death metal; they blanket and then suffocate the listener with sepulchral horror, as atmospheric as they are attacking. Below-the-gutter/above-the-cosmos voice congeals into that sickening riffery to create a most unsettling soundfield, with each epic-yet-not track deliriously dragging the listener to and fro, defiling sanity and subconscious alike. And to think…this is but a mere start for NEKUS.

Be the first to review “BUNDLE DEAL (Vinyl) : NEKUS – Death Nova Upon The Barren Harvest MLP (Both Editions)” Cancel reply 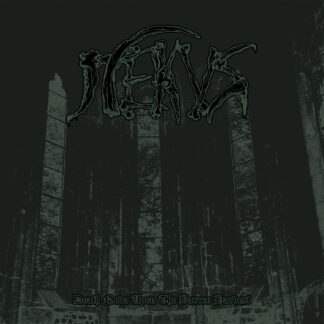 You're viewing: BUNDLE DEAL (Vinyl) : NEKUS – Death Nova Upon The Barren Harvest MLP (Both Editions) 250.00 kr
Add to cart
We use cookies on our website to give you the most relevant experience by remembering your preferences and repeat visits. By clicking “Accept”, you consent to the use of ALL the cookies.
Cookie settingsACCEPT
Manage consent